In smaller bowl combine the filling ingredients and whisk well. Spread the filling mixture over the dough mixture. Now the fun part! Using the bottom parchment paper, roll the dough starting at one end (the longer side of the rectangle). Then using a sharp knife cut individual rolls from the rolled up dough, making each about 1-1 1/2 inch thick. Clean blade everytime before slicing new roll, it helps it not to stick to the knife. Spread on the parchment paper. Bake for 15-20 minutes until lightly golden brown.

While the rolls are baking, mix all the icing ingredients in a small bowl. Remove the rolls from the oven and drizzle with the icing. This icing is a little runny, but if you let the cinnamon rolls sit in it, they absorb it and taste delicious! 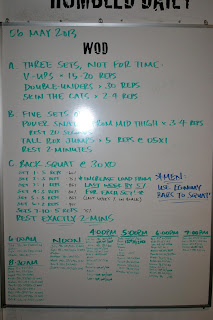